The Kansas Association of Insurance Agents

It is with great honor that I am able to announce KAIA's 100th Anniversary!

Organizations that have reached this prestigious milestone share certain traits including integrity, accountability, and exceeding our members' expectations. Independent agents choose to come back to us time and again for these reasons and we are truly grateful for their continued support.

Names of the Association

Every organization has its beginning, and this is the genesis of the Kansas Association, as recalled by Dwight Smith - a man who had a strong hand in getting it underway.

Charles G. Blakely, Jr., of the C.G. Blakely & Co. of Topeka, one of the first presidents, in an introduction to the series of letters from the early leaders, recalled that his first interest in the organization of the association began after attending the NAIA convention in 1920 at Des Moines.

Our agency had been a member of the National Association for many years, dating back to the 1890s along with one or two other direct agency members of the state.

At the meeting in Des Moines, Smith met Carl Rieke, who was that time hustling memberships for the National Association. Carl wanted to know what chance there was of organizing a Kansas Association and he told him to "come on down to Topeka."

Rieke did visit Topeka sometime in 1920 or 1921 and they organized the Topeka Board of Fire and Casualty Underwriters. From Topeka, Rieke organized the Wichita Board. By mutual agreement between the Wichita Board and the Topeka Board, Elmer Reese was appointed president for the first year. Smith was appointed secretary until Charlie Foote took over, or until he started my first term as president in 1926.

Most of the original members of the association were solicited directly by Rieke, who traveled over all the state after the Wichita and Topeka meetings. Rieke was working on a commission basis with the National Association and will be remembered by many of the old members.

The second president, who faithfully attended Kansas Association meetings every year, and always had something constructive to add, was Fred A Gould of the Gould Agency in Arkansas City.

Gould recalled that there was an earlier organization of the Kansas agents, not affiliated with the National Association. When the NAIA’s representative came to Kansas,  Gould remembered that the agents decided there was no room for dual and competitive associations, so the then-existing association was dropped.

At the first convention of the new organization, at which time Reese was presiding, Gould was elected secretary. “At this time,” Mr. Gould told the story, “we agents were working vigorously to meet unfair competition, with the feeling that we did not have too much cooperation from our companies.”

“We also were confronted with such a lack of appreciation from the companies that it sometimes amounted to almost a disinterested or unfriendly attitude. In fact, the relationships seemed very similar to the old attitude of big business toward the workers. However, not all companies evidenced this unfriendly attitude.”

The founding of the Kansas Association of Insurance Agents proved to be a slow and tedious job and hard to sell.  But the young association was lucky to have four Kansas Agents who were ultimately known as the “Four Horsemen”.  They were Frank Priest, of Dulaney, Johnston & Priest, Wichita; Wade Patton, of Wade Patton Insurance, Hutchinson; C.K. Foote, of Beezler, Mason, Maxfield & Foote, Wichita; and Duane Stover, of Harris Burns, Wichita.

These four men traveled the state to promote the KAIA. They received national recognition for promoting national, state, and local associations.

Patton was secretary of the Association for almost 30 years. Both Foote & Stover later became presidents of the association. Priest was on the National Association Executive Committee from 1927-30 & 1933-36.

A Day in History 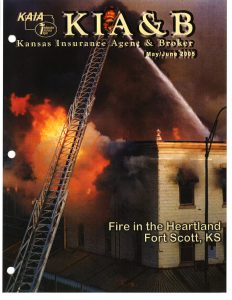 Fire in the Heartland 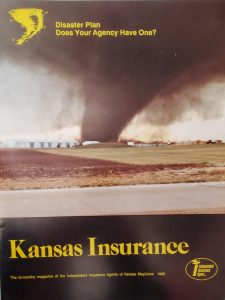 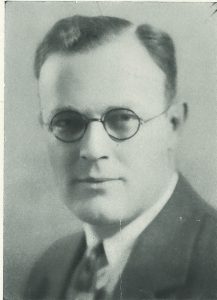 The Story of Frank T. Priest 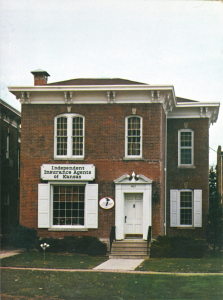 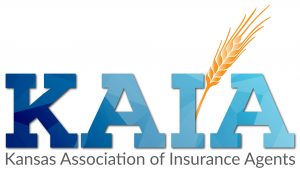 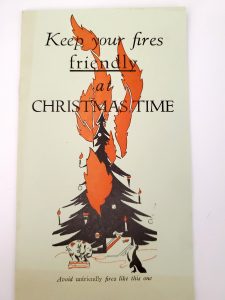 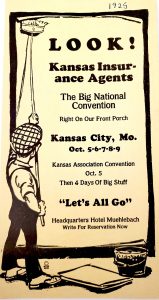